Action on Armed Violence (AOAV) has a central mission: to carry out research and advocacy in order to reduce the incidence and impact of global armed violence. The need to do so is clearly a great one. The number of fatalities from armed violence is estimated to be over half a million people killed every year. And around two thirds of these violent deaths are estimated to occur outside conflict situations. To help reduce this burden of pain and suffering, we at AOAV carry out research and advocacy campaigns to strengthen international laws and standards on the availability and use of conventional and improvised weapons, to build recognition of the rights of victims and survivors of armed violence, and to research, understand and act effectively on the root causes of armed violence in affected countries. Research One of the central pillars of our work is our Global Explosive Violence Monitor, as well as the specific research we carry out on manufactured weapons, Improvised Explosive Devices (IEDs), and guns. Advocacy AOAV tries to lobby governments and non-state actors through rigorous research and data, to curb the excessive use of force. In so doing, we regularly present our evidence at the United Nations, as well as the UK Parliament, Chatham House and other influential fora. 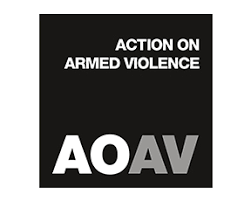 Back
Refine your search: Clear all
Featured:
Locations:
Formats:
Organisations:
Tags:
LessMore
Licenses:
Datasets [2] | Archived Datasets[0] [?]
Filters
You are viewing this page in HDX Lite (beta)
- recommended for mobile and low bandwidth connections
- switching can be done from the top-right menu
View this page as the full desktop site
By using this site you consent to the use of cookies. Cookies can be managed in your browser or device settings.